It has been a long haul for the Central Special Rating Area* but well worth the effort. The Central SRA announced today that out of a target of 1 320 Consents required from property owners the consents to the establishment thereof have now reached 1 371 representing a 52% Yes Vote from rate-able erven in the area.

The long and winding road has taken just over 5 years – from an initial public participation meeting on 31 March 2014 to date.

An interim committee steered the process and gathered consents mainly online through the Central SRA web site (developed by MyPE) and then employed a full time staff member to keep driving the process out of offices at National Glass in Russel Road.

It is said that the 33 SRA’s already established within the City of Cape Town were the reason contributing to making that city one of the most desirable in which to live and work in in South Africa.

All municipal buildings, schools, and places of worship in the Central SRA demarcated area will be exempt from the special SRA levy of 12% on current rates with an annual increase of 6 to 8%.

Central SRA Directors will be nominated and elected by property owners in the area and will not receive any remuneration for services rendered. The Management team will be appointed by the Board of Directors and will be responsible for the day to day operations and will thus be paid a salary commensurate with services rendered. The Budget and Treasury Directorate of the Nelson Mandela Bay Municipality (NMBM) will collect the SRA levies on behalf of the Central SRA as part of the NMBM Municipal account collection system and will be compelled by a legally-binding contract between the NMBM and the Central SRA to pay this over to the Central SRA on a monthly basis. The Central SRA also undertakes to generate written operational and financial reports and prepare all relevant documentation to be available to the NMBM if and when required.

The ultimate objective of the Central SRA is to manage, maintain, and improve the living environment of the Central SRA demarcated area. This will be achieved through effective and efficient management and implementation of; security, waste management, as well as maintenance and repair work.

The Central SRA intends to implement 24 hour security patrols, with 2 vehicles, each with 2 armed security personnel, a camera monitoring system, and a dedicated crime hotline. This in conjunction with improved communication and information sharing with the SAPS will aim to improve the monitoring, reaction, and outcomes of security efforts within the Central SRA demarcated area.

Waste and its effective management will have an immediate and overt impact on returning the Central area to its aesthetically proud history.

Chief Cook, Bottle Washer and Broom Mechanic at MyPE
Passionate about Port Elizabeth and definitely NOT packing for Perth. Alan’s ethos is epitomised in the words of Nelson Mandela; “I have fought against white domination and I have fought against black domination. I have cherished the idea of a democratic and free society. If need be, it is an ideal for which I am prepared to die.” See more articles by Alan. 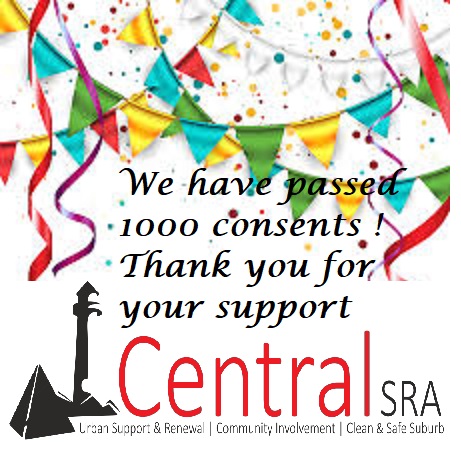 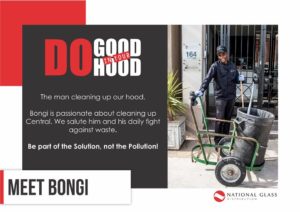 “Yay The Bay” insert with  Lize Arthur interviewing Cathy Wanvig on Kingfisher 103.8 fm. This aired on 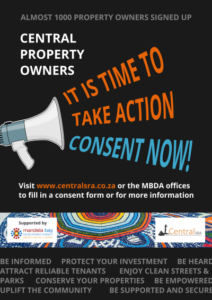