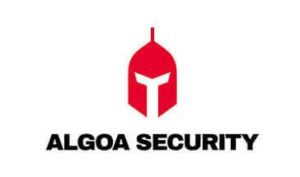 We have picked up an increase of movement into the area especially during the day; this being a

direct result of shelters not having space for the homeless, resulting in them streaming back into

the area. Many of the old faces are back and some new faces have been identified.

A shack was demolished at the Park in the Fort during the day on the 28th of April. While on foot

patrol in the area that same night, our Responders discovered the shack was again erected during

the course of the evening. The shack was again broken down and the vagrants ushered out of the

area. It is imperative that Metro SAPS assist with the regulations of the by-laws in order to avoid

an influx of vagrants and shacks in the area.

Batteries were stolen from EH Walton early in the week; the suspects all seem to favor the

bushes bordering Baakens as an escape route. Although several shacks have been demolished in

the area by the authorities the past few months, indications are there that shacks are again

popping up. A resident staying in South End which overlooks the Baakens area picked up

movement in the bushes and we have relayed the information to SAPS.

sudden spike in crime the past two weeks in all the Sectors.

This can be a direct result of:

2) Stolen goods being sold for drugs

Constant visibility is a big factor, and when not using the vehicle the Responders do foot patrol in the area.

reported to the Responders on 079 537 4679.  Should residents wish to not implicate themselves by reporting

criminal activities on the group, we recommend they send such information directly to the phone.

All information received is treated confidentially.

More info on the Central SRA

How Much | About | Demarcated area | Consent Form